skip to main | skip to sidebar

"What we are asking is financial support, and this has absolutely nothing to do with a full bailout," Luis de Guindos, the Spanish economy minister, said. 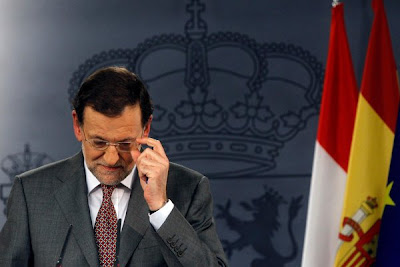 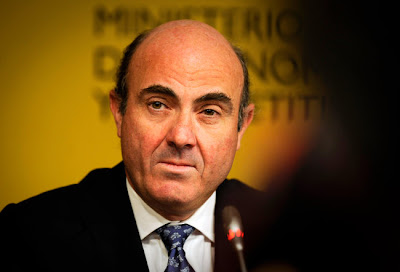 The decision made Spain the fourth and largest European country to agree to accept emergency assistance as part of the continuing debt crisis. The aid offered by countries that use the euro was nearly three times the $46 billion in extra capital the International Monetary Fund said was the minimum that the wobbly Spanish banking sector needed to guard against a deepening of the country’s economic crisis. The announcement of a deal came amid growing fears that instability in Spain could drag down an already sputtering world economy. The decision was the culmination of weeks of a contentious back-and-forth between Spain and its would-be creditors in which it was hard to tell how much of Spain’s resistance to financial help was tactical maneuvering for a better deal and how much a refusal to admit the depth of the banking sector’s troubles. The escalating tension prompted President Obama to push Friday, in unusually explicit terms, for quick European action... Leer más en el NYT. (By RAPHAEL MINDER, NICHOLAS KULISH and PAUL GEITNER MADRID)
Publicado por Antonio Peña en 10:55